The 02 ECNL girls were behind 2-0 in their first pool play game but rallied to come from behind and win 4-2. They followed this up with another come from behind win in the semi-final against Santa Rosa United ECNL (NorCal). The team trailed 1-0 late in the second half when Sienna Frye scored a beautiful goal from outside the 18-yard box to tie the game. The game went to a penalty shootout where the Breakers held their nerve to bury all 5 of their kicks to advance to the championship game. In the championship game vs San Ramon (NorCal), an early goal from Shaina Berdin was the difference between the teams, capping an amazing championship run from a team that showed tremendous spirit throughout the weekend.

The ‘03 ECNL girls commanded their bracket from start to finish in one of the more dominant Surf Cup performances by any team in recent memory. The team won all 5 of their games and scored 16 goals and conceded only 1. Lolo Retsky had 4 shutouts in goal and Sydney Brown, Sophia Haynes, Natalie Barnouw and Chandler Connors all scored multiple goals over the course of the weekend. A 3-0 win over Crescenta Valley Soccer Club in the semis was followed up with another 3-0 win in the final over Blackhawks SC (NorCal) to seal an incredible run.

We are so proud of all of these players and coaches for representing our club on the big stage and bringing home the hardware. Congratulations and GO LA BREAKERS! 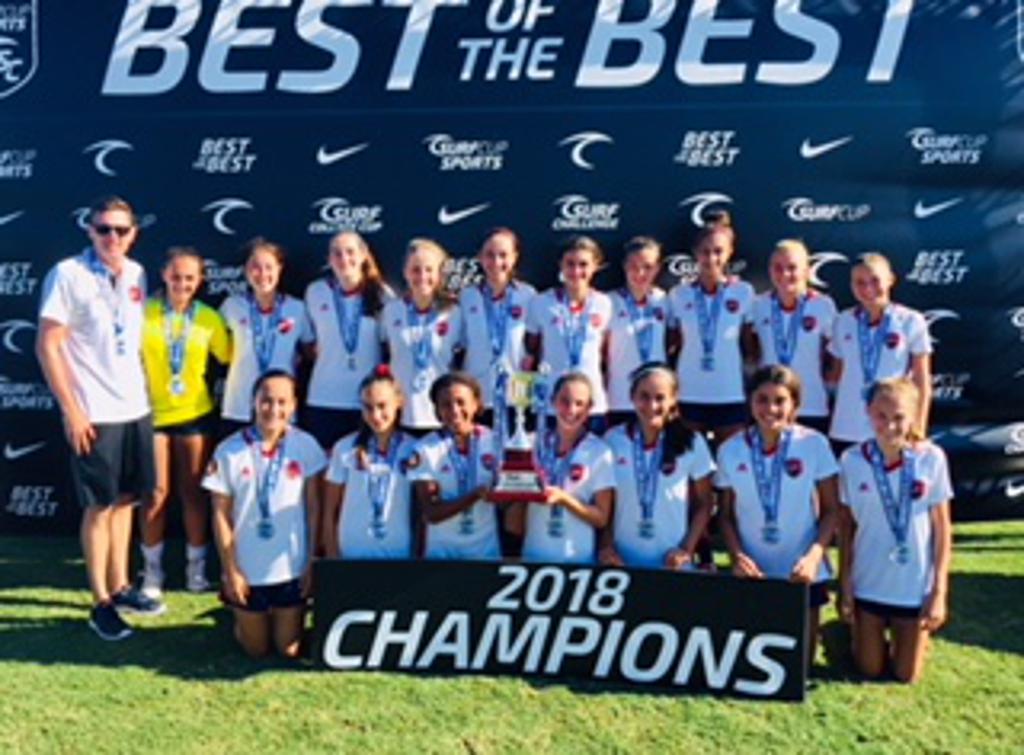