Will Head to Regionals in Hawaii in June

The LA Breakers girls 2002 Elite team coached by Mike Page made history this weekend by being the first team on the Westside of Los Angeles to win the Cal South National Cup championship.  After a first half goal by Sydney Brown, the Breakers seemed to be on their way to the title against Real So Cal SCV.  With 10 minutes left in the match, RSC got a free kick at the top of the box which they converted.  Not to be denied their place in history, the mentally tough Breakers girls responded immediately with a determined onslaught and they were rewarded in the final minutes with a fantastic finish and goal by Lexi Kaz from the top of the box.  The Breakers will head to the 2018 Far West Regional Tournament in Honolulu, HI June 18-24 with the opportunity to advance to the National Finals in Frisco, TX in July.

Congratulations ladies on a fantastic accomplishment! 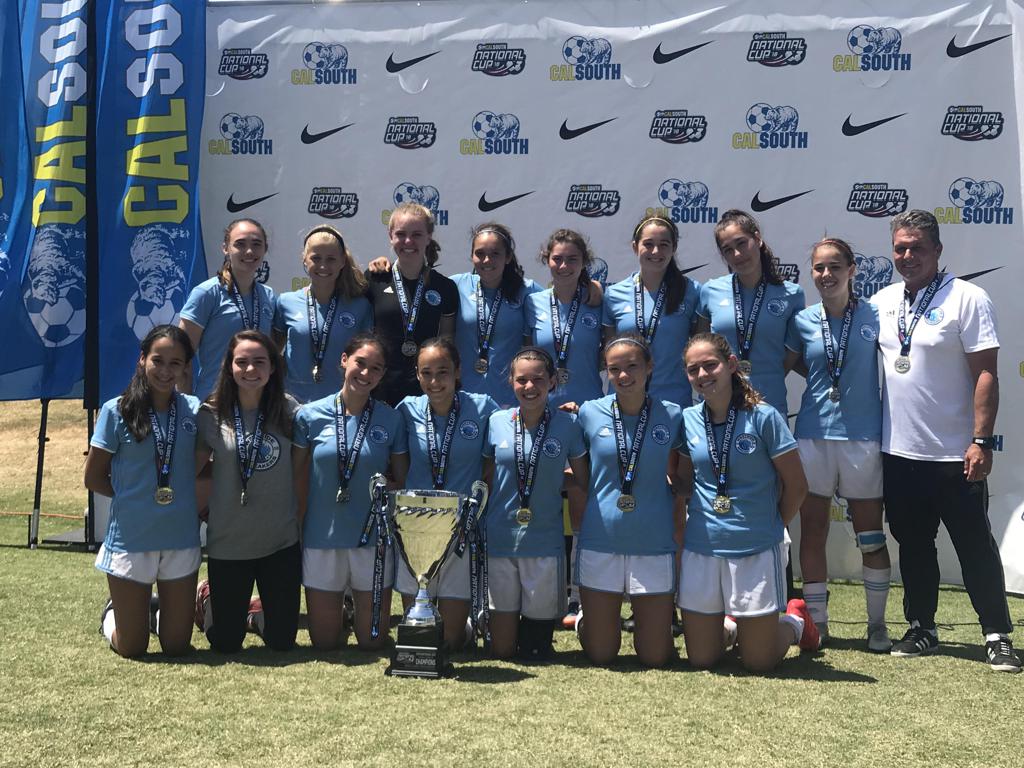