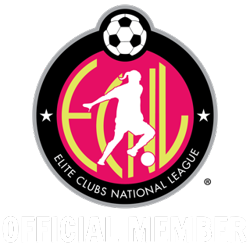 LOS ANGELES, CA (April 26, 2018) – LA Breakers FC is excited to announce that the club will be joining the Girls Elite Clubs National League beginning in the fall of the 2018-2019 season as a new “All-In” member club.

The club will be joining the Southwest Conference of the ECNL, consisting of clubs across Southern California, Arizona and Nevada. The Breakers are currently the only ECNL girls’ program in Los Angeles County.

“We couldn’t be more thrilled to be a part of the Girls ECNL for the 2018-2019 season,” said Richard Simms, LA Breakers FC Girls Director of Coaching. “The league will provide our players the perfect platform to compete at the highest level, be exposed to the best collegiate programs in the country, and still be able to represent their high schools as student-athletes. The ECNL totally aligns with our vision and philosophies on player development.”

The ECNL will be the only national league in which the club will compete, and the focal point of its competitive efforts.  “ECNL presents a fantastic new opportunity for our female players who hope to play college soccer,” said Mike Page, LA Breakers Club Director. “We envision our players receiving the very best level of collegiate exposure via ECNL events and showcases, and look forward to taking advantage of the many development opportunities for players and coaches.”

LA Breakers FC has selected to join the ECNL because it is the nation’s top development and competition platform for youth soccer players. It has conference competition in six age groups (U13, U14, U15, U16, U17, and U18/19) and unmatched collegiate exposure through the ECNL National Events, the largest collegiate showcases in the country.  In addition to the competition platform, LA Breakers FC believes that ECNL offers our players the best identification and development opportunities, and unique coaching education and club development programs.

“The primary goal of many elite student-athletes in Los Angeles is to play at the collegiate level. ECNL is the perfect platform. All the credit goes to LA Breakers’ wonderful technical staff and phenomenal student athletes on reaching ECNL status,” Club President Steve Shpilsky stated.

LA Breakers FC will begin formal competition in ECNL in August 2018. Additional new clubs will be announced in the Boys’ and Girls’ ECNL in the coming weeks.