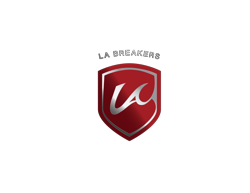 Los Angeles, CA. – The youth club soccer scene in the Los Angeles area has taken an exciting new course as two of the biggest clubs in the Westside of LA have merged forces. The new club, named Los Angeles Breakers FC will field over 45 boys and girls teams, representing all age groups from birth years 2010 through 2000, servicing players and families with top class training facilities in Santa Monica, West LA, Pacific Palisades and Brentwood.

The merger combines the resources of 2 of the biggest and most successful clubs in the Westside of LA. The combined coaching, player and facility resources will provide players with an elite training and playing environment which will clearly define a path for success in youth soccer.

Mike Page has been hired as LA Breakers FC’s first Club Director. Page is a 30-year veteran of the So. Cal soccer scene who previously led the Westside Breakers as Technical Director for 20 years. He has worked with both the United States Soccer Federation and Major League Soccer.

“We are thrilled to announce this merger of two great soccer clubs,” said Page. “There have been many efforts over the years to merge the largest local clubs. With the youth soccer scene evolving nationally, the timing has never been more perfect for such an important collaboration. I am very grateful to the boards of both clubs for putting the needs of the players in the area at the forefront of this merger. The future of youth soccer in this area is very bright.”

In addition to Page, the LA Breakers have named Richard Simms (Girls) and Tim Pierce (Boys) as Directors of Coaching dedicated to ensure a highly challenging and competitive environment for all players. To enhance the club’s strategic planning, LA Breakers FC is currently developing active partnerships with UCLA's Men's and Women's soccer programs which is already underway with the recent hiring of UCLA coaches Jane Alukonis and Phil Marfuggi.

UCLA Head Men's coach Jorge Salcedo has a son and daughter playing with LA Breakers FC. He has committed to be a consultant to the board and coaching directors and recently stated, "The LA Breakers leadership has a competitive vision that I believe in. I'm very excited to support the club and its future."

UCLA’s Women's soccer coach Amanda Cromwell, echoed Salcedo's enthusiasm, "This is a huge turning point for soccer locally and I enthusiastically support the LA Breakers. It will be tremendous for the soccer community in this area to have an elite club for players to play and develop."

The LA Breakers official crest and club colors have been revealed with a nod towards the integration of the two club’s identities and the branding power of the City of Los Angeles. Steve Shpilsky, former FCLA and current LA Breakers President said, “It’s a big step for youth soccer in Los Angeles. We are able to finally say we are the LA Breakers, and proudly launch another iconic LA brand, this one for a younger generation of LA athletes.”

In association with the new name and look, the club will be reaching out to the LA business community with several exciting sponsorship opportunities that allow organizations to show support for their community and endorse the club's efforts to get more kids playing and on the path to having fun and success in youth soccer. For information about sponsorship, contact Ryan Lynch at ryan@lynchla.com or Steven Chuck atsteven@dgands.com.

Most of the younger teams have already been formed but there are a few open spots for players looking for a more competitive environment in the Westside area. Tryouts for players born in 2003 and all older teams will begin at the end of April.